This year, our 16th annual exhibition,was held at Ellesmere Town Hall over the weekend of the Ellesmere Festival in support of (but separate to) the organised festivities. The dates were Saturday 13th and Sunday 14th September, with setting up on Friday 12th.

We had to charge entry fees for the model railway show due to the cost of hiring the hall for 3 days, specialized insurance and hire/expenses of some exhibits etc but we try to keep the costs to a minimum. If we counted the hours of preparation put into organising the show, let alone the upkeep and repairs for the layouts, those costs alone would be prohibitive!

With around 26 layouts and exhibits appearing over the weekend, this was our biggest event yet. British, Continental, Narrow Gauge layouts on show, in various gauges including a large 16 mm live steam layout.

Tom Roberts & Son was to have shown their superb Mamods and Meccano displays (they won Best In Show last year). Unfortunately due to family illness, they have had to cancel at short notice. Our heartfelt best wishes for a speedy recovery go to Jason and the family.

Unfortunately, we were let down by a couple of exhibitors who did not turn up, even after confirming their attendance.
Luckily we were able to fill in with other exhibits, and a great time was still had by all.

An alien invader made several excursions around the Town Hall, and collected for charity!

Borders MRC club house is at Llandrinio (off the A483 between Oswestry & Welshpool).
Many thanks to Julie, Kevin and the members for their hospitality at their open day.

Here are some more photos to whet your appetite... 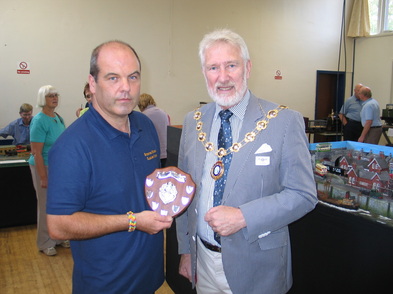 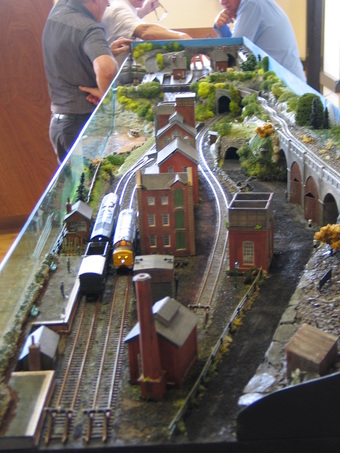 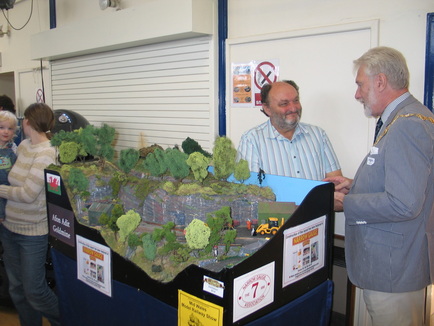 Martin Rich's latest layout superb creation,
"Afon Adit" was on show and was
given a "Highly Commended" award by the Mayor. 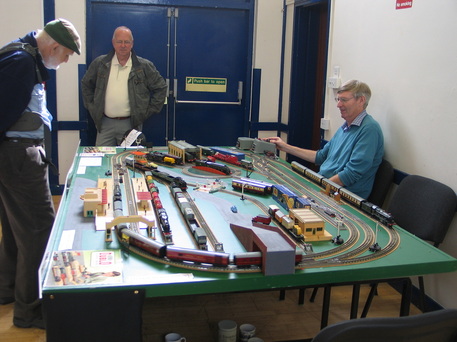 Mike Sant's vintage Hornby Dublo 3 Rail layout causing a stir amongst visitors...if only they had kept theirs too! 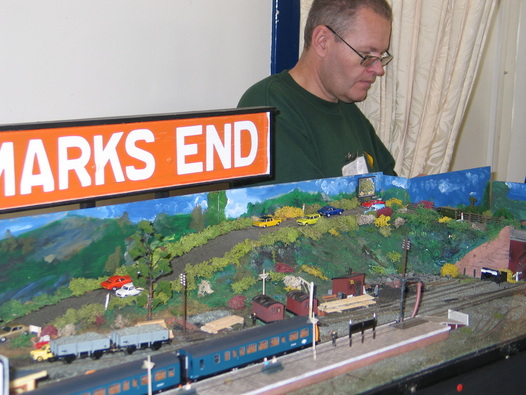 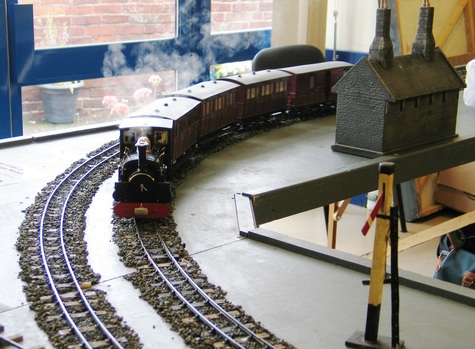 Live steam from the 16 mm Gauge Live Steam group. Wonderful to see actual steam and to hear those piercing whistles! 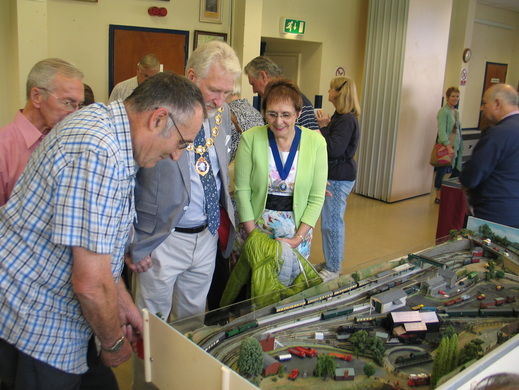 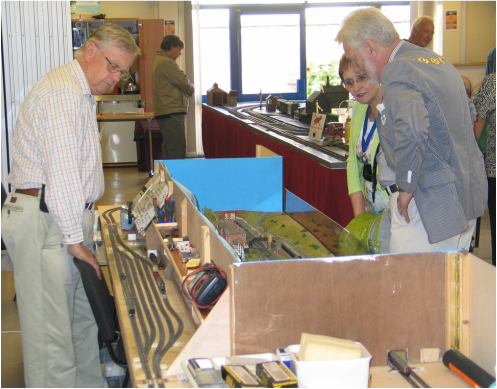 Not to be outdone by our fellow club member Peter, Ian then shows off "Ellesmere" with its new control panel and fiddle yard, and recently upgraded scenics. 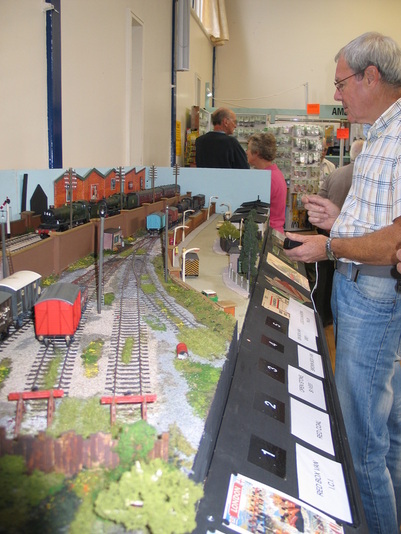 A superb O gauge shunting layout, which has inspired one of our other members, Dave, to start building his own. 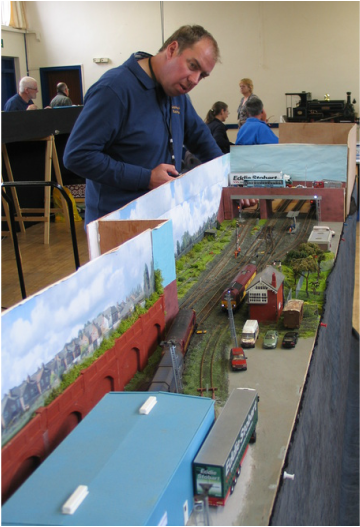 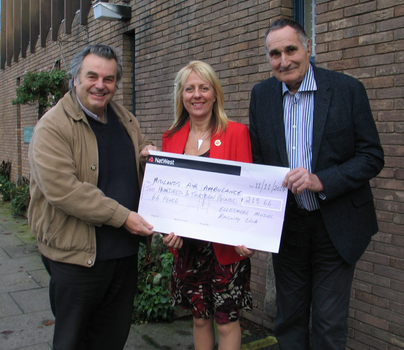 The cheque for £213.66 included a collection made at our 2014 show, and a donation from Ellesmere Model Railway Club.

" Midlands Air Ambulance is a very worthy cause and our club was pleased to be able to help support them this year." said David. "We are already planning next years exhibition, and are looking forward to supporting the charity again in the future."