The Severn Valley Railway kindly donated two freedom of the line tickets in appreciation for our exhibit at Highley in April.  The club held a draw and I was the lucky winner.

In the Autumn the trains were running at weekends and at half term. Thus the outing was planned for Wednesday 26th October and the weather forecast was good.   A friend from work, also a train enthusiast came along too.

We drove to Bridgnorth station in some mist and drizzle to catch the first train.  The ‘Sir Keith Park’, Battle of Britain class was ready to go.
​ 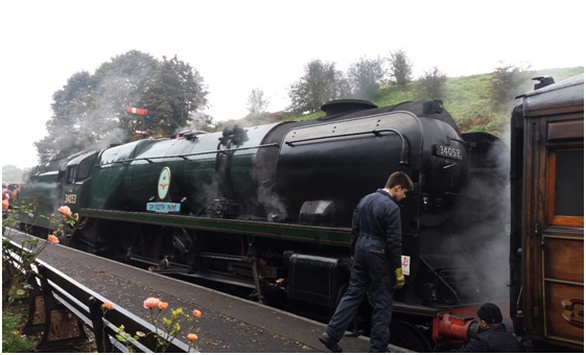 There was lots of condensation on the windows to start but this soon cleared as we got moving. 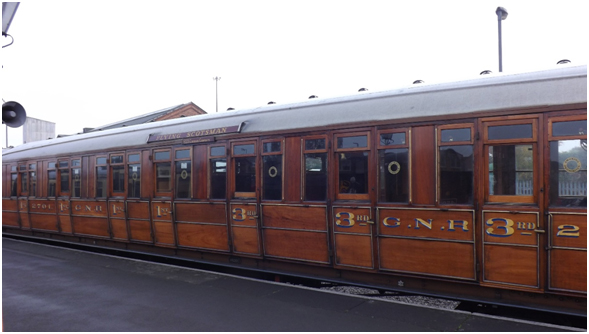 We stopped at Arley which was particularly colourful with tubs of Hydrangeas on the platform. 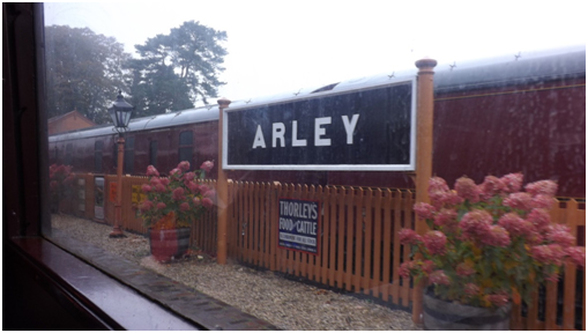 We went to Kidderminster at the end of the line, where we popped into the railway museum for tea and coffee.  We played with the old fashioned telephones and watched and listened to the exchange clunking and clanking.  There was a great deal of interesting memorabilia. 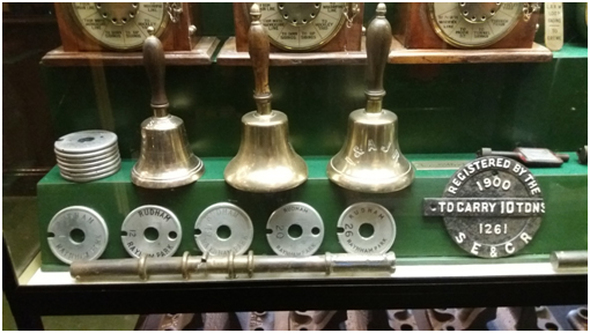 As it was approaching Halloween there were some excellent, spooky displays on the station.

Another train was stood in, an ex-GWR 4500 class 2-6-2t Churchwood and it was possible to get a good shot of the footplate. 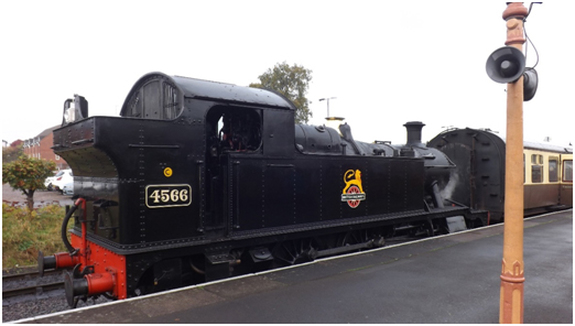 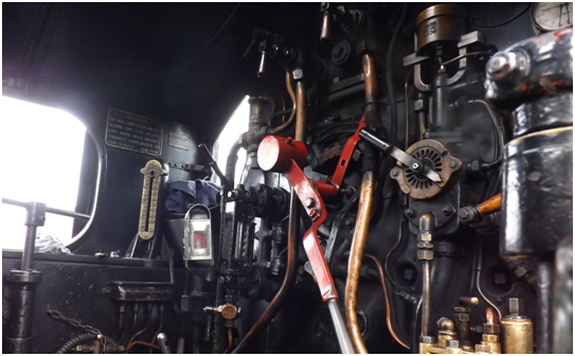 We returned to  Bewdley, where we walked down to the town and enjoyed lunch in a café by the river. We chose to sit inside to avoid the seagulls stealing our jacket potatoes and prawns. After a quick walk round the town we caught the ‘Taw Valley’ to Highley. 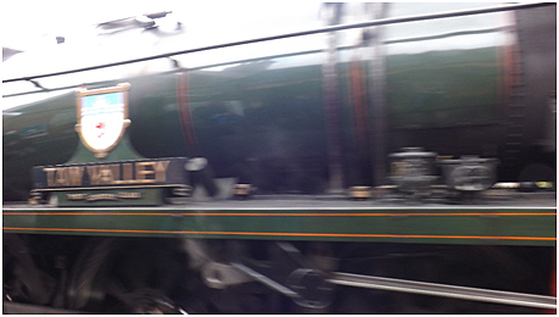 As the train passes the Safari Park, we managed to spot the baby elephant! 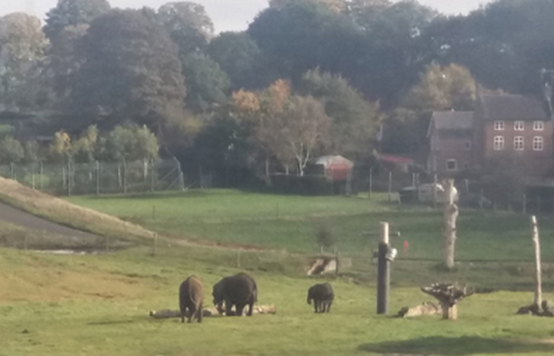 At Highley, Gordon and the Lady Armaghdale are two of the most colourful trains on display. 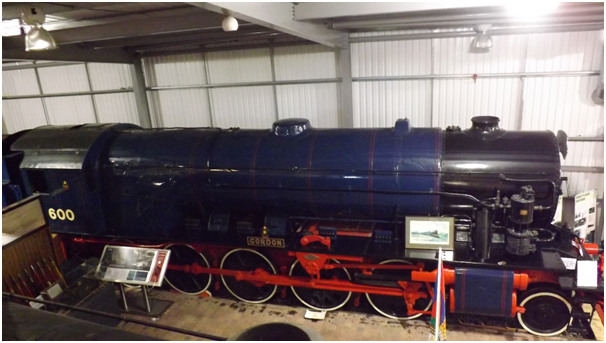 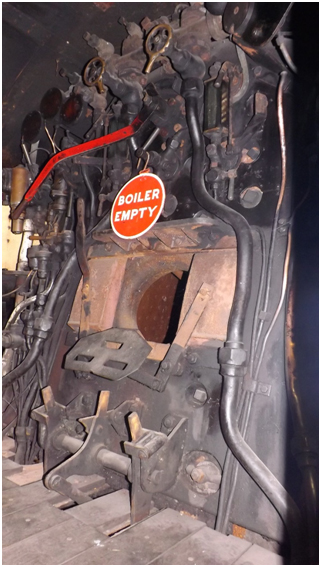 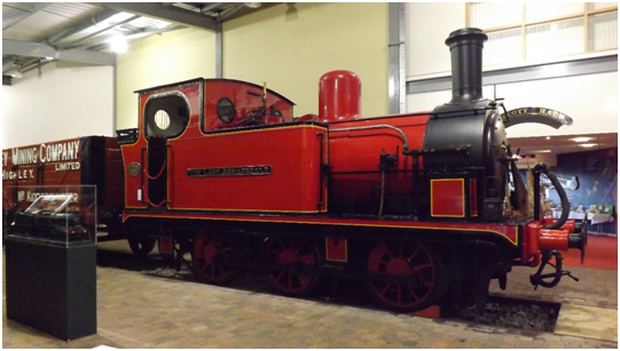 We caught the last train ‘Sir Keith Park’  back to Bridgenorth.
It was a truly excellent journey.
Powered by