Whilst our main efforts are being put into the new Truro project, it has always been on my mind and therefore the clubs agenda to rework or rebuild, in some shape or form, our beloved Ellesmere layout. After all, the club was started back in 1998 with Ellesmere being our initial layout so we are well known for having displayed it within the area over the years.

Whilst the original model was built in N gauge many years back by my friend John Tims after an aborted 00 gauge version (being far too large for his back room to even finish), it has undergone many changes in its life including some practically criminal damage to the point work by a ham fisted individual whilst on semi-permanent loan to a well known exhibition some years back. Then it suffered poor damp storage afterwards which led to further track running problems, even after the remedial work Frank and I tried a couple of years ago.

There comes a stage in life when you have to call a halt to making do and take stock of the situation. As a static display for local interest, the model is still usable. As a viable running layout...well, it makes a great static display....

Bearing in mind when we discussed the building of Truro to be in 00 gauge, 20 feet long with a rear fiddle yard and two side panels making a rectangular layout 10 feet wide, I had the idea of making another layout of Ellesmere in 00 gauge which could be constructed to fit the ongoing build in place of the front section of Truro. That way we could utilize the same fiddle yards and a lot of the rolling stock too as they would be GWR. Ok, maybe two new side panels with the return curves may have to be made, certainly one as Truro will have a tunnel and hillside built onto it, but it will allow us the opportunity to rebuild Ellesmere and get right some of the nagging little things like bridge angles and the cattle market area which have surfaced over the years. However we will still have to make allowances for fitting points where the joints of the boards are... compromise is a never ending thing in this game!

Pete has already started on a model of Ellesmere Station, having visited it around 18 times in the last couple of weeks. In fact he was stopped by the police last week as they were curious as to why he was walking around the derelict building with tape measure and notebook in hand and camera slung around his neck!
Here are some photos of the model under construction. Pete is seen looking over one of my own 0 gauge American Virginia & Truckee Railroad steam engines during a rebuild in the centre photo. 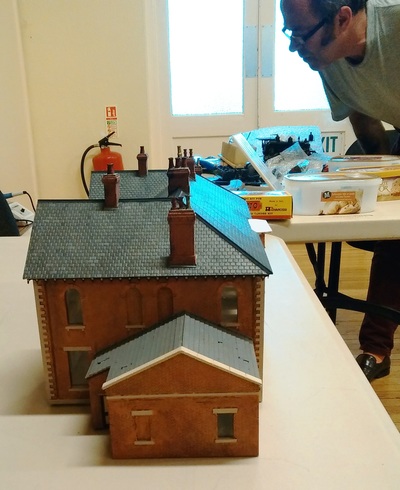 Tuesday 28th June and Pete brings the finished station building to the club. Actually he brought it along the week before but I didn't have my camera with me! He made the canopy and framework from etched, drilled and fettled brass sheet. Enjoy,,, 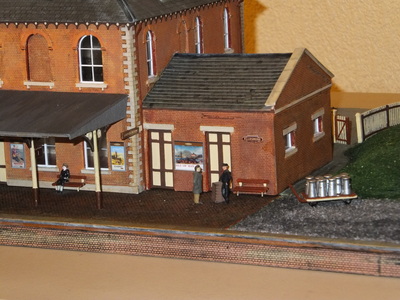 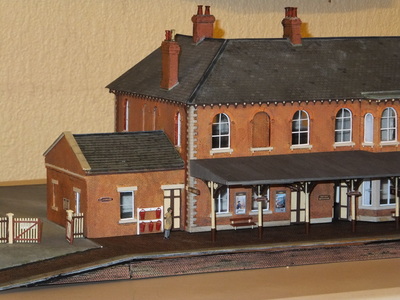 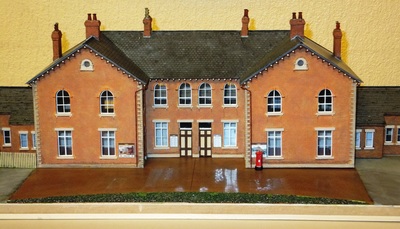 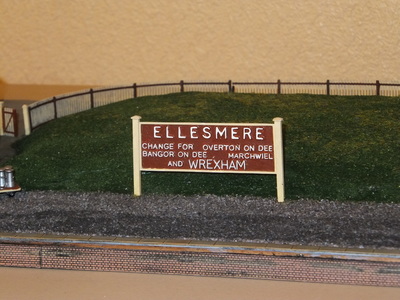 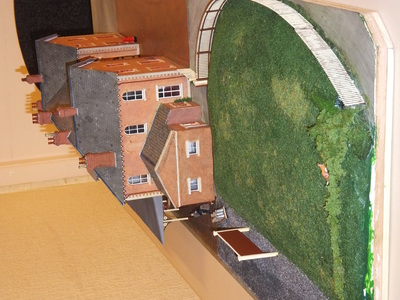 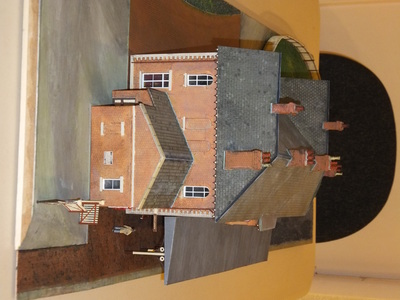 I've been a little lax in keeping this page updated due to show committments, holidays and such.
However I may have to start a new section due to the club membership expanding so we have taken on some new smaller projects that can run alongside the Truro build, yet will not take valuable effort away from it.
This way we will end up with at least 2 smaller layouts we can more easily exhibit at shows until Truro is ready.
This does mean we will have to shelve the Ellesmere rebuild for now, but it does still remain a future build project.

Originally built by John Tims and members of his last year students in the mid 1970's, it was expanded upon when he retired. It was donated to the Cambrian Heritage Museum (John was one of the founder members at Oswestry) when he needed the room at home to build his N gauge model of Ellesmere.
Fitted up to run in an L shape at the entrance to the museum, it saw a lot of use (and probably misuse) by visitors. The last few years it was stored in sections on the roof of a box wagon inside the building. Unfortunately it has suffered but we have hopes of restoring a section of it. I believe it might be the original 2 boards that John and his school team had built. In the photos Joy and Pam are standing by those 2 boards. At the end of the section is a corner piece which was built to join the 2 sections together to fit the layout into the museum area.  The other section may be looked at in the future for another project.
The Cambrian Heritage Museum have asked us to take on the layout as a donation, with the provision that if we can rebuild a section of it, we can exhibit it there during their special events.
​ 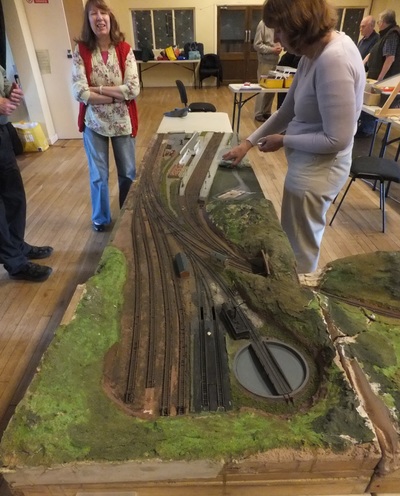 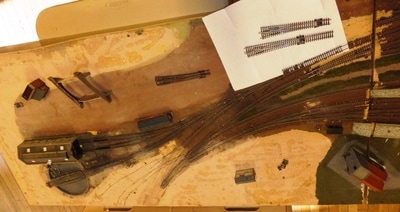 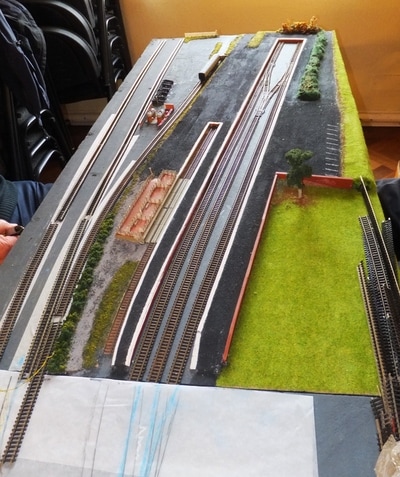 Roughly about the same time (yes, all of this has stemmed from our August show) a local man first approached us with a view to possibly taking on his own layout as he was considering downsizing. During late October / early November John Stokes came to Criftins and asked us to take the layout apart and see what we could do with it with regards an exhibition layout.
Malcolm, Ian, Jim, Jacob and myself have been stripping down the boards in their sections and last week got them back to the club room. Unfortunately there was some water damage when the heavy downpour the country suffered a week back came through the shed roof, so we will have to rethink the layout size to suit. John has given us carte blanche to do what we like with the layout so it will have a makeover once we get to the planning stage, hopefully over the next couple of weeks. 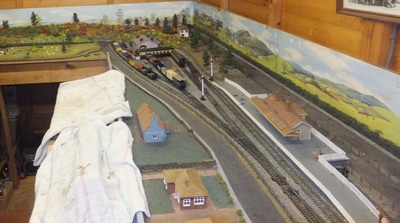 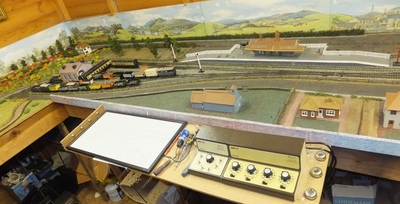 Pete, wanting a small project to keep his hand in has "knocked up" this lovely twin tracked viaduct model, to be set into hillsides. I'm hoping we can make use of it in the restructuring of the 00 gauge layout above.
​