Early Saturday morning at 9.30 am saw the club members at the doors waiting to get the layouts set up for a mid-day start.

We set up in the rear lounge area behind the bar overlooking the bowls green, though we were now to share the space with the Rotary Club and the first aid group. Unfortunately this meant we were unable to set up the planned Jim & Jacob's "Border Crossing" layout and David's G Scale display including film footage from a "How To Build ..." series.

"Meres & Mosses Light Railway" and the newly named "Havagoe on Sea" junior layout were squashed together by an outside door which members of the public were using, but all in all it was a good trial for the layouts and the members for next weeks show.

"Havagoe on Sea" (ok, I can't see the sea either) was a smash hit with youngsters. They were encouraged to try out the different controllers and do various things with both tracks, including some shunting.

Jacob operating the main run of "Meres & Mosses Light Railway". The train is up at the moss end... 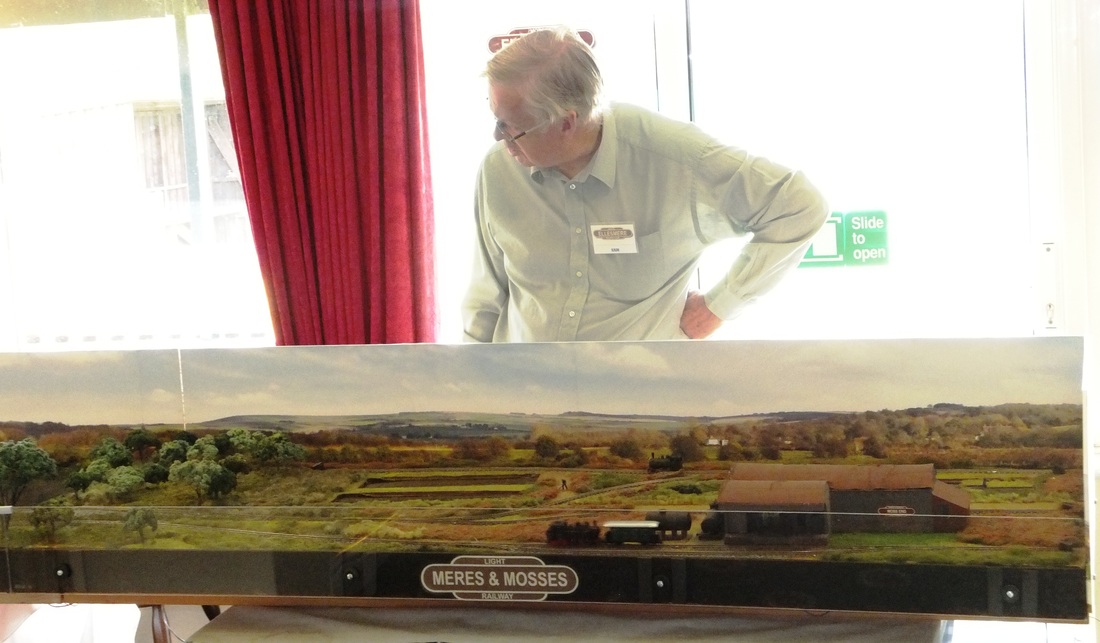 ...whilst Ian operates the peat works train loaded with cut peat logs.
Now only a few days to go until our weekend show at Ellesmere Town Hall during the Ellesmere Festival and I think we are more ready than ever before.
Powered by